At Silver City: Mile 160 Unlocked on the CDT


We made it to Silver City yesterday afternoon after hiking 13+ miles along highway 180, in addition to the dirt road miles that came before. The temperatures have been cooler than we expected, with our water bottles transforming to slushy ice during the nights. The miles have been beautiful, and surprisingly tough. The elevation profiles suggested that it would be smooth sailing. Instead, the incessant wind, 40 degree days & repeated ups & downs challenged our bodies to adapt. I did still love the hiking, but I thought that I would feel strong & robust by now. Instead, my face is Ruddy from wind burn & my whole body aches with muscle growth(I hope!) And soreness. 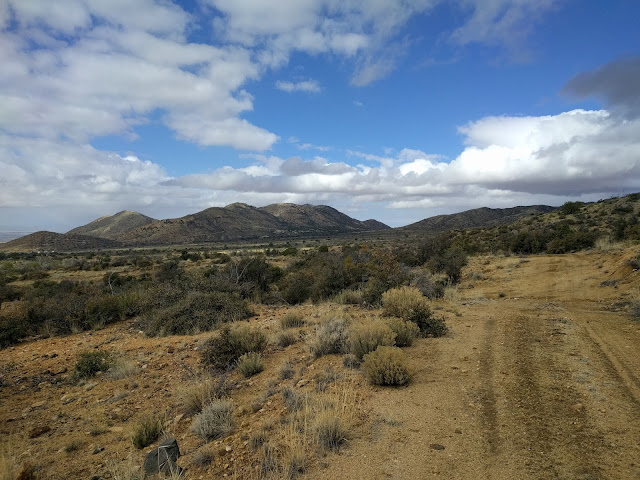 We've hiked 161 miles of the southern New Mexico Continental Divide Trail, over the course of 10 days. It's looking like this may be the end of our hike for this month. We'd like to hike farther, but the weather conditions & logistics of getting back to Albuquerque in time for our flight would make it difficult. I wish we had more time!


In the desert coming out of Lordsburg, we hiked along behind a herd of antelope for two miles. At the time, I was suffering with a migraine & its strange visual effects. Following the antelope created a sense of wonder that allowed me to keep putting one foot in front of the other. Later, we saw our first coyote, after hearing their yelps & yaps each of the previous days. It was amazing how quickly it could recede from visibility when not moving. That same day, we saw hundreds of javelina prints, but never did get to see the live animals. 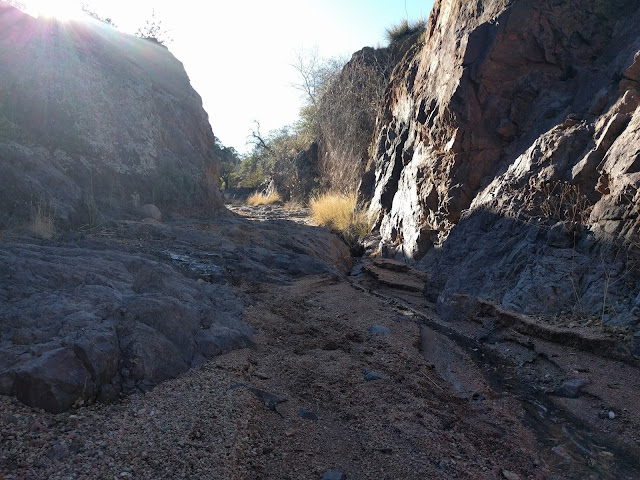 This trail is tough, in a different way than the Arizona Trail (AZT). The trail tread is rougher and less defined, meaning that for many of the wide open desert miles, we progressed from one sign to the next, each spaces 400 yards to 1/2 mile apart. There wasn't an obvious trail between the signs. Other times, no signs we're visible, so we proceeded in the general direction until one became visible. The other major difference is the number of trail users. In Arizona, there were other long distance hikers, as well as day users. In these 160 miles, we have encountered zero other users on the trail. The posh amenities that appeared at intervals on the AZT, such as Trailhead pit toilets & trash cans do not exist here. Even flowing water is far more rare. Cattle tanks are spaced farther apart, meaning water carries are longer. Writing these differences helps me understand why we're wore out & feel like less of a weakling. 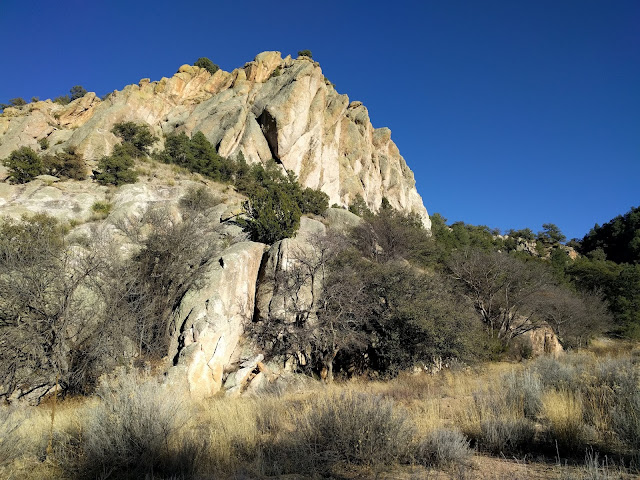 It's been glorious to be out here. All the difficulties & all of the beauties, I love you. Many thanks to Reed, who has become a competent long distance hiker & an excellent trail companion.
Posted by Adventuresbyfoot at 7:20 AM